Although the bulk of CSS Services focus has been on serving small businesses on relatively short-term projects, we have also been involved with some larger projects in our nearly 30 years in business.

The brief summaries below demonstrate our technical abilities as the technology (and the  world) changed.

From the early days of modems, clunky desktops PCs, crude networking and early versions of Windows to today’s smart devices and high speed wireless communication, CSS has delivered in designing and implementing solutions.

One of the first our earliest projects was to design and implement systems to support the building, installation and maintenance of the world’s first Air-to-Ground telephone systems for the In-Flight Phone Corporation.

CSS provided contract employees for the installation and maintenance of both segments.

Additionally, we designed an Operations Center at the Oak Brook Terrace headquarters of IFPC. This Operations Center served as the hub for operational communications for the company and was instrumental in helping to meet investor milestones, FCC requirements and contractor coordination. 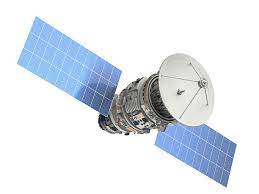 Later in the decade, we became involved with Geotechnology Development Inc (GDI). A start-up meant to take advantage of the Low-Earth-Orbit satellite, GDI was initially licensed to use government satellites for proof of concept while commercial providers came on line.

We built an Operations Center to track progress of maritime assets including fishing vessels and intermodal containers.

Located in Sugar Grove, IL, this Operations Center collected raw data from the satellites and processed it for delivery to end users in a series of pilot programs. The addition of GPS data enabled further accuracy but also in a huge increase in the amount of data received.

Many of the end users were located in Europe as well as across the U.S. so one of the highest costs was communication of the large amounts of data.

We made innovative use of early data compression and the Internet to allow for users to get their data using local phone connections.

The implementation of a client front-end program enabled clients to retrieve their data and display it in a custom mapping program. 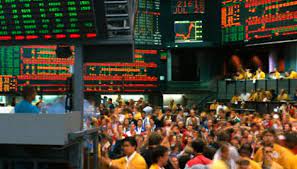 In early 1997, CSS Services was contracted by a Futures Commission Merchant to provide support for the roll-out of the Electronic Futures Trading program. At the time, electronic trading accounted for less than 1% a futures trading and the support program was expected to last a few months.

The program proved to be the first widely successful electronic trading program in the futures industry. Instead of a few weeks, we developed relationships that lasted decades!

In addition to customer support, CSS Services also trained brokers, contributed to the software development cycle and became in demand by other FCMs, brokers and even the Futures Exchanges.

The industry was extremely fragmented at the time with hundreds of small to medium sized firms competing with the larger FCMs. It was also an industry noted for its resistance to change.

The electronic revolution along with the emergence of the Internet forced a change in approach across the industry as companies who did not even have PCs for every desk now needed equipment, networking, connectivity to partners and exchanges and Web sites.

CSS was able to step in and provide solutions to clients ranging from one man shops to the Chicago Mercantile Exchange and the Chicago Board of Trade.

As the decade drew to a close, we performed Y2K testing for many large clients. While Y2K proved to be not a prevalent problem, the testing was a good systems check and uncovered many issues unrelated to Y2K.